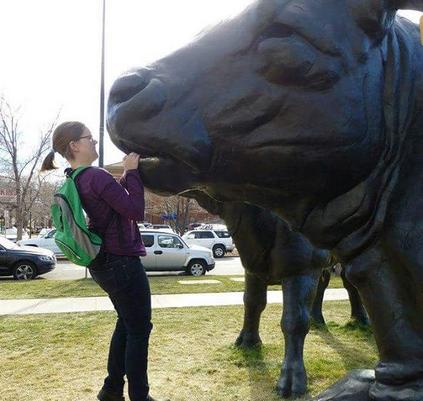 “It is interesting to note that we may be facing one of those limitations of nature, in which highly specialized organs reach a level of declining efficiency, and ultimately lead to the extinction of the species. The human brain may be as far along on its road to this destructive specialization as the great nose horns of the last of the Titanotheres.” Cybernetics, Norbert Wiener, P.180

Austyn Taylor’s panpsychist humorist narrative has led to the creation of a world of repeated characters: bear, bull, horse, deer, lion, duck, predator, prey etc. Each piece is a declaration, a statement; the works exist as an optimistic reframe from the rampant psychological banalities of human narrative. Taylor creates life-affirming works of alienation through the lens of sacred American cartoon tropes.

​​If people never did silly things nothing intelligent would ever get done.
Wittgenstein

My work is formed within the populist style of American animation, I give the figures a meta-modernist examination and then pose them to stare self-consciously at the absurdity of our collective humanity. The resulting sculpted and drawn works use “concerned humor” to address subconscious pseudo-spiritual scripts underlying popularly embodied mythologies(psychologies) of self. As with the complex alienation of our “human condition”, the figures I sculpt also seem to know they are empty, soulless, breakable objects.

Take, for example, the piece Fair is Foul as it serves for the allegory of ego dissolution presented as Daffy Duck having a “nervous breakdown.” The colorless facade of the flat cartoon is pushed and pulled into a complex human distortion by stresses from an unseen and powerful force. In my rocking horse series, the sculptures convey an awareness of their futile nature, of their aimless rocking motion and ignoble existence as high-end art design objects.

I am fascinated by what is never spoken of, by what is powerful, invisible, hidden or purposely neglected by a culture and the tremendous force behind the intangible space beyond perception. In my characters I explore themes of England’s 1603 Hamlet and America’s 1953 Duck Amuck by Chuck Jones; that we exist in hubris as players in an incomprehensible story.

​Austyn Taylor hails from Rochester, NY. A nomadic sculptor who  Showing internationally as well as Miami Art Basel and SOFA in Chicago. An Alfred MFA in 2016 has been the catalyst for traveling the world and dozens of residencies; Guldagergaard, Denmark, CAFA, China, NCC Minneapolis, Sonoma Ceramics, CA, MSU Texas, VARDA Sausalito, CA, Mendocino Art Center, CA etc. As a teaching artist she believes there is nothing more brutally honest than working with clay, its natural authentic expression of touch is so influenced by our inner dialogs there is revealed our life’s novel in each piece.

Animals that imagine being human.

All You Need Now Shanghai